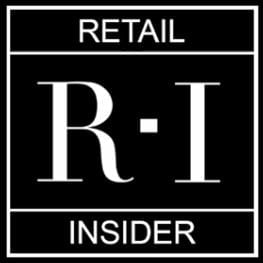 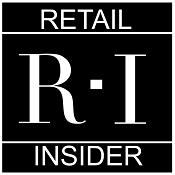 Ottawa’s new Nordstrom store will compete fiercely for the city’s limited luxury spenders. Scheduled to open in March of 2015, the 157,000 square foot Rideau Centre location will include some of Nordstrom’s priciest departments. Nordstrom will compete with Holt Renfrew and Harry Rosen as a result, as it will with La Maison Simons when it opens in the same mall in 2016. Ottawa is affluent, but its shoppers are conservative. There will be fallout as a result, as each retailer competes in a market not accustomed to buying luxury items.

Sources tell us that Nordstrom’s Ottawa store will feature its top-priced womenswear, footwear, accessories and menswear departments. Its womenswear department, Collectors, features designer closing priced into the thousands by designers such as Oscar de la Renta, Valentino, Dolce & Gabbana, Burberry, Versace, Lanvin, Armani Collezioni, and others. Its top-priced women’s footwear department, Salon Shoes, features designers such as Prada, Jimmy Choo, Manolo Blahnik, Miu Miu, Valentino and Gucci. Designer handbags include the likes of Valentino and Versace, some costing in excess of $2,000 each. Nordstrom’s designer men’s departments showcase designers such as Canali, Moncler, Armani Collezioni, and others. As a result, Nordstrom will bring a heightened luxury experience to the Ottawa market, especially with regards to womenswear, footwear and accessories.

To some, demographics would indicate that Nordstrom, Holt Renfrew and even Saks Fifth Avenue could co-exist in in the Ottawa market. In 2011, Ottawa had the highest median total family income of any Canadian census population area, at $93,440 annually. With a metro population exceeding 1.2 million, Ottawa might appear to be a prime target for retailers such as Saks Fifth Avenue as well as for a flagship location of Holt Renfrew. Although numbers point to Ottawa’s affluence, its local luxury market lags compared to other Canadian cities.

Ottawa’s Holt Renfrew, for example, measures only 36,000 square feet on two floors. It lacks the Chanel, Hermes and Louis Vuitton concessions found in Holt Renfrew’s Calgary store. Calgary is comparable in size and affluence to Ottawa, and yet the Alberta city boasts a well-stocked, productive Holt Renfrew flagship of 147,000 square feet.

Nordstrom will compete with Holt Renfrew for Ottawa’s shopping dollars, and Nordstrom has a distinct advantage. Located in the popular Rideau Centre, Nordstrom will benefit from considerable foot traffic and synergies from the adjacent mall as well as anchors Hudson’s Bay, Harry Rosen and, in 2016, La Maison Simons. Holt Renfrew is rather isolated, located about a kilometre east of Rideau Centre.

Nordstrom will also compete with menswear retailer Harry Rosen, located in the same mall. Harry Rosen carries a wide variety of product and designers, which will further grow with the opening of its 18,000 square foot flagship replacement store, scheduled to open in November. Harry Rosen spends more on staff training than any retailer in the country, and its exceptional customer service and product selection could actually see it outshine Nordstrom’s limited menswear offerings. CEO, Larry Rosen, believes that his store will continue to thrive in the face of increased competition.

Finally, Nordstrom will also compete with a 105,000 square foot La Maison Simons, scheduled to open in August of 2016. Besides carrying its trendy, affordable private-label fashions, Simons’ Ottawa store will also carry a selection of luxury brands. Some of Simons’ designer collections can range into the thousands, by designers including Balmain, Jil Sander, Chloé, Missoni and others.

It will be interesting to watch how Ottawa shoppers will react to this substantial amount of new luxury retail within the next two years. On one hand, some affluent Ottawa residents may become more inclined increase their spending, in light of the increased availability of luxury items. On the other hand, there could be fallout in a market that has warranted only a small Holt Renfrew store. We’ll be watching Canada’s capital city closely to see how this plays out.