Canadians are known to be fans of Swedish retailer Ikea, and Quebec City residents are no doubt particularly enthusiastic. An estimated 4,000 people waited at the doors for a 9:00am opening on August 22, which might be attributed to promotions and giveaways, not to mention an affinity for the brand. What’s remarkable is hundreds had arrived the night before and had already lined up by 6:00am on a gloomy rainy day — photos in this article show the blue and yellow Ikea umbrellas that visitors were provided to keep themselves dry.

Quebec City’s new Ikea is located at 3400 Avenue Blaise Pascal, near the junction of Highway 40 and Highway 540 west of Quebec City, which is south of the Quebec City Jean Lesage International Airport.

The store’s parking lot was reportedly already full at 3:00am, and a line wrapped around the building. Part of the reason for the excitement were some freebies — the first 300 visitors were eligible for a $50 gift card, and $1,000 gift cards were raffled off every 15-minutes or so. Diamond Integrated, in partnership with Headspace Marketing, helped promote the opening including giveaways as well as an expansive awareness campaign.

The massive 340,000 square foot store, the 14th Ikea location in Canada, replaces an Ikea ‘pick-up and order point’ which opened in December of 2015 (and closed on August 13 of this year in anticipation of the new mega-store opening). According to Anika Lenoir, the new store’s manager, the former Quebec City pick-up and order point was the top globally in terms of sales — crowds at the large-format store’s opening indicate that the Quebec City market will continue to be enamoured by Ikea now that its entire offerings are in the region.

The new store employs more than 280 people (half of which are full-time), in addition to the roughly 500 indirect jobs that were created during its construction. It includes a ‘showroom’ and ‘market hall’ as well as a 500-seat restaurant (known for its Swedish meat balls) and a ‘Småland’ children’s play facility. There are 50 ‘inspirational room settings’ which the company said reflects life in Quebec. The store also offers the typical home delivery, assembly, planning and returns that are characteristic of Ikea’s Canadian stores.

Getting the word out was key to the success of the store’s opening — that’s according to Eric Blais, President of Headspace Marketing, which helped promote the new store via a multi-channel campaign that included signage throughout the city, as well as gift cards and special prizes. He also attributed the crowds to the fact that the city has been waiting patiently for more than two decades for a new full-line store and the success of the pick up and order point.

The former Quebec City pick up and order point location measured 39,554 square feet, according to the company, and offered something of a ‘click-and-collect’ experience. Customers could come into the store and browse product online (or do so from home) and pick it up at the collection point. The retail space also offered access to almost 100 of Ikea’s most popular items that were available for immediate takeaway. The new store, in comparison, stocks nearly 10,000 products.

The new store is also LEED certified with a particular focus on energy efficiency and waste avoidance. It features a solar wall, electric vehicle charging stations and LED light sources throughout the property.

Ikea is a behemoth, with 357 stores in more than 29 countries worldwide. The company says that a whopping 817-million people visit Ikea stores annually. The company was founded in 1943 and its business philosophy is “to offer a wide range of products of good design and function at prices so low, the majority of people can afford them”. 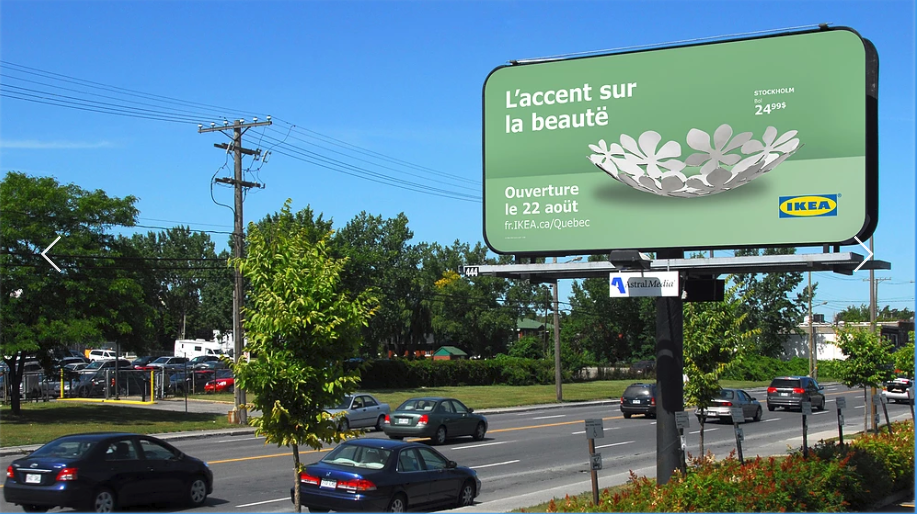 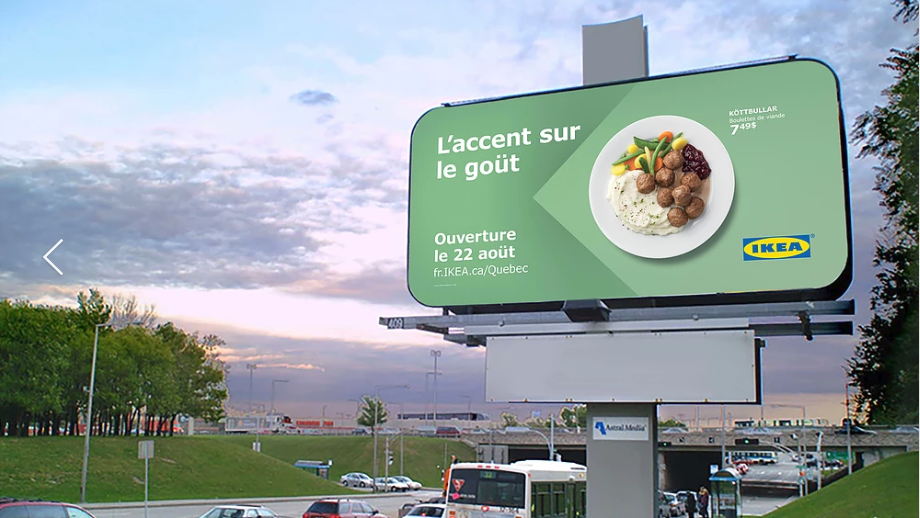 The massive store is expected to be successful, given the enthusiasm as well as the incredible success of the former pick-up and order point. What’s interesting is Ikea once had a store in Quebec City spanning about 110,000 square feet, but the franchised location closed in 1996.

Ikea is expected to continue to open stores of varying sizes in Canada as it continues to gain market share, and secure real estate. The company had announced that it would be opening a full-sized 270,000 square foot store in London Ontario, but those plans have been put on hold as the company studies “new solutions” — the company is still said to be purchasing land on the PenEquity site, though details as to what’s going there are unclear at this time.