New York City-based sleep brand Casper has launched its Canadian store expansion with its first ‘sleep shop’ location at Toronto’s CF Sherway Gardens, which opens to the public on Tuesday, May 15. A second location in downtown Toronto will be announced shortly, and a national rollout is planned that could see Casper open stores in many of Canada’s major cities.

The CF Sherway Gardens Casper spans just over 2,300 square feet on one level, and one of its aims is to create brand awareness while also offering the ability to try out Casper’s ever-expanding product assortment. Mattresses are displayed in four bedroom-like installations, and other products such as pillows, sheets, duvets, bed frames, and even dog beds are found in the store. Guests can purchase items from the store and bring them home immediately.

The space is designed to be interactive, and customers are encouraged to touch and try out products such as mattresses and pillows. Sleep pods towards the back of the store have curtains that can be pulled for privacy. Signage throughout the store explains the functionality of each item, educating consumers as they touch and feel products that have been traditionally only available online. The space can also be activated for events that may include a focus on sleep and wellness. 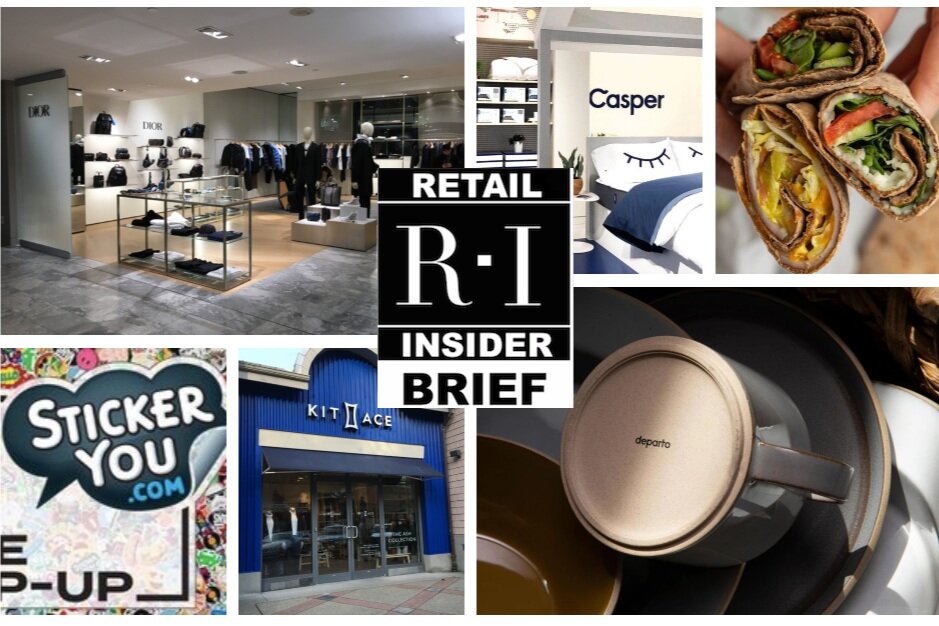 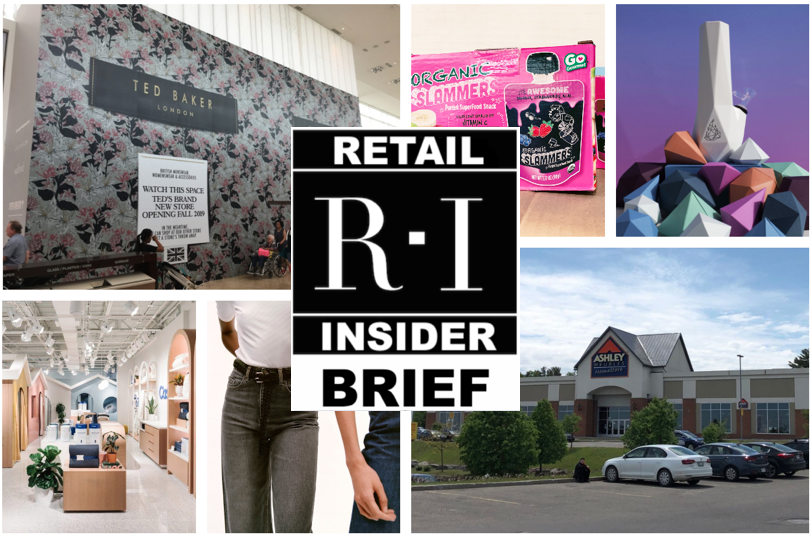 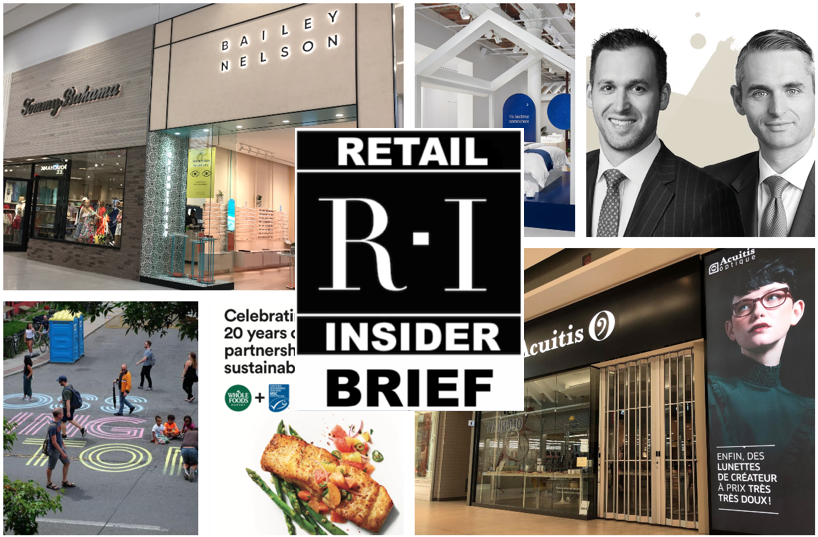 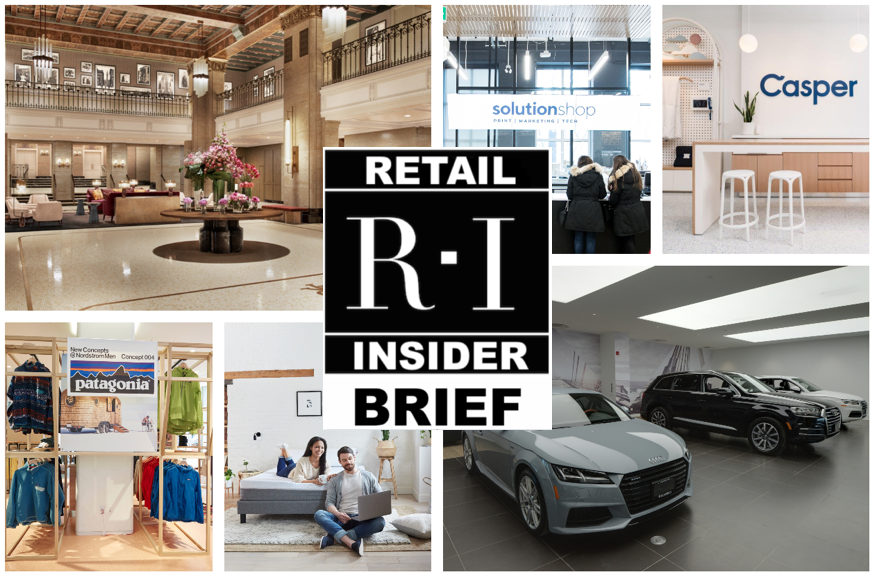 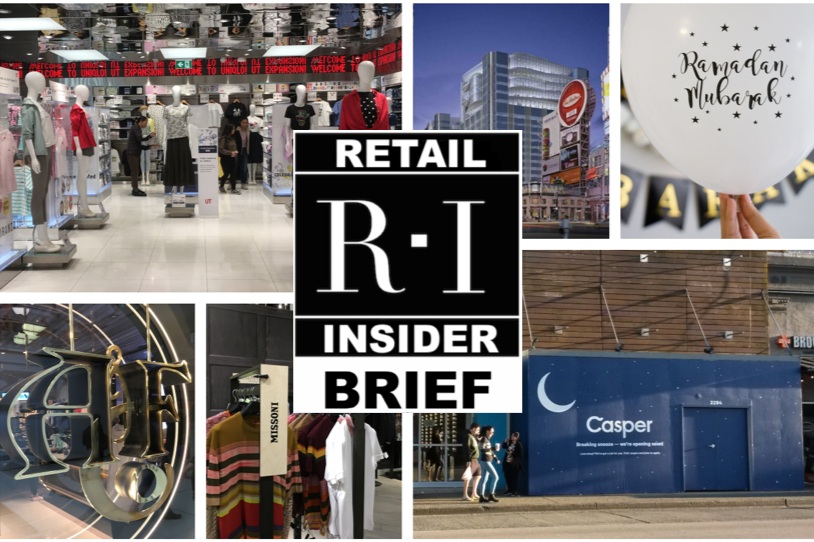 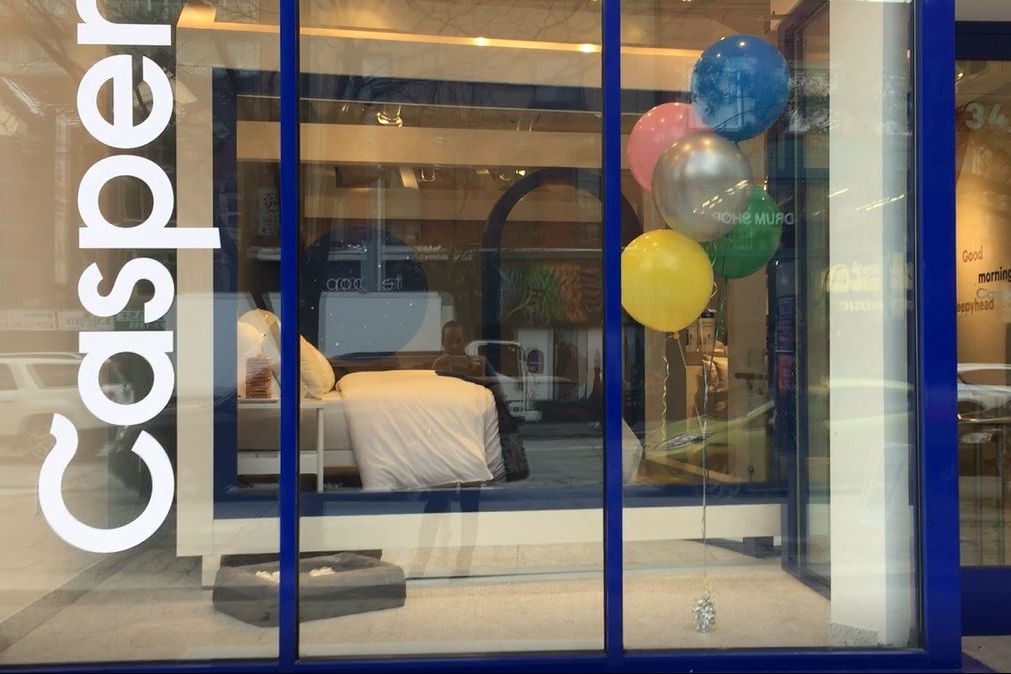 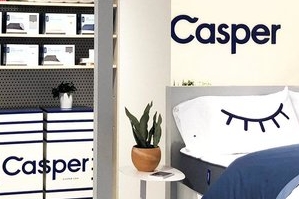 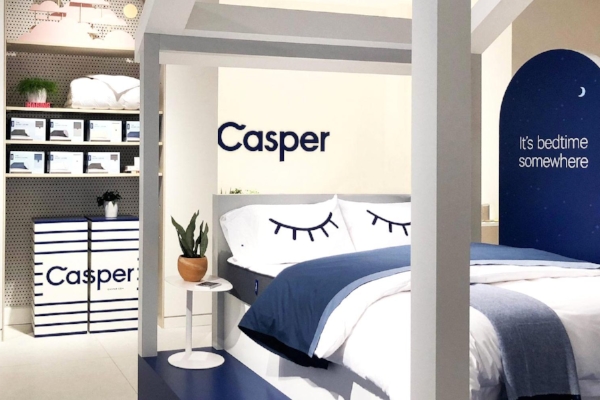 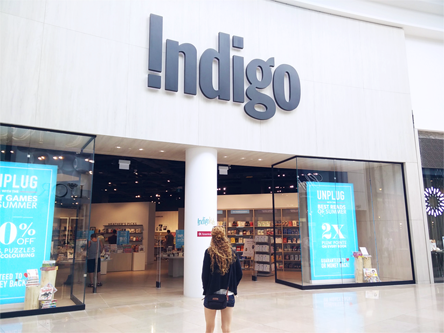 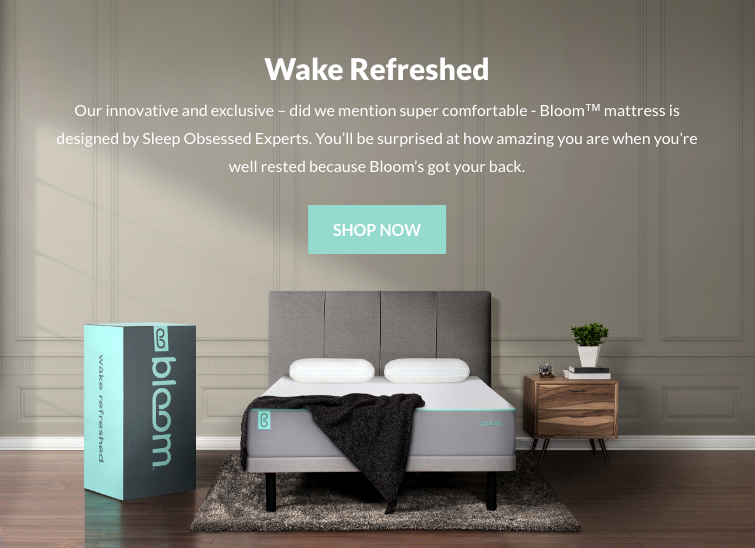 The CF Sherway Garden Casper Sleep Shop is strategically located in the mall’s centre-court area, which acts as a meeting point with several hallways radiating from it. Retailers such as Lululemon, Links of London and De Beers are nearby. The mall, which is one of Canada’s most productive in terms of annual sales per square foot, over the past several years has seen more than $550 million invested into expansions and renovations, including the addition of new Saks Fifth Avenue and Nordstrom stores.

General Manager of Casper Canada, Nicole Tapscott, explained how Casper’s business in Canada is growing quickly. It’s been so strong, in fact, that it necessitated opening a new Canadian headquarters for the brand, which will be announced at a later date in a space somewhere in Toronto. Casper will also begin manufacturing its products in Canada, creating about 75 jobs.

Casper continues to maintain a partnership agreement with  Indigo Books & Music to stock pillows at 30 of its stores. This month, as well, Casper has announced a partnership with Canadian furniture retailer EQ3 which will sell Casper mattresses and pillows in selected stores, as well as online.

Ms. Tapscott explained that the CF Sherway Gardens sleep shop will be the first in a national rollout that will see locations in cities nationwide. Toronto was used as a launch point and Vancouver is expected to be the next major market to see standalone Casper locations. And while CF Sherway Gardens is an enclosed mall, Casper is looking to open locations both in malls as well as on urban street front locations, depending on opportunity.

Casper’s Canadian expansion falls on the heals of its US brick-and-mortar expansion — the first permanent US Casper sleep shop opened in February of this year in a 3,000 square foot space at 627 Broadway in New York City. Casper operates 18 pop-up locations in the United States, with that initiative having commenced in the fall of 2017.

The company now boasts sales in the hundreds of millions of dollars annually, which is remarkable considering that the brand is about four years old. Casper, which is backed by celebrities including Leonardo DiCaprio, Tobey Maguire, Adam Levine and Ashton Kutcher, launched in 2014 as a direct-to-consumer online mattress retailer, with its product delivered in a “how did they do that?” sized box. Casper’s memory foam mattress comes in a variety of sizes, and the company has expanded its product assortment to include a “perfect pillow” pillow-in-a-pillow and soft, breathable sheets, frames, and even dog beds and other sleep-related products.

We first reported on Casper’s Canadian expansion in August of 2016, when the company unveiled temporary “snooze rooms” in selected cities, following a spring 2016 “Napmobile” tour that saw stops in Vancouver, Calgary and Toronto. Casper found that having a physical presence created consumer engagement and provided feedback not found online — not to mention, consumers enjoyed being able to test the popular memory foam mattresses prior to buying. In March of 2017, Casper launched its first retail presence in Canada through a partnership with Williams-Sonoma-owned retailer West Elm, in Toronto.

As well, Casper unveiled its ‘Casper Cottage’ pop-up on Toronto’s trendy Ossington Avenue in July of 2017. In February of 2018, Casper announced its partnership with Indigo that was mentioned above.

We’ll update this article as Casper expands its Canadian retail operations, including opening new retail spaces as well as its new headquarters and manufacturing facility.

*All photos in this article were taken by Craig Patterson at CF Sherway Gardens in Toronto on Monday, May 14, 2018.

Craig Patterson - February 21, 2021
The store’s retail space will be downsized and renovated while a new office tower is added at the back end of the store.

The shopping centre in suburban Edmonton has seen new tenants replace old ones after the demise of Target in Canada.
Read more
Main Archive

Brick-and-Mortar Will Continue to Be Critical for Retail in Canada Post-Pandemic: Claude Sirois

The industry expert and former head of retail at Ivanhoé Cambridge conceptualizes a future where experiential physical retail will be harmonious with digital channels.
Read more
Main Archive