Sugarfina opened its first standalone store in Canada in November of 2017, in a 1,100 square foot retail space at Metropolis at Metrotown in suburban Vancouver. A second standalone store, measuring about 450 square feet, opened at Vancouver’s Oakridge Centre in the spring.

The company’s first Toronto location is now under construction at First Canadian Place, and is expected to open this fall. The mixed-use First Canadian Place complex includes a marble-clad retail podium located in the heart of Canada’s Financial District. Sugarfina will span almost 300 square feet and will be located next to Paris-base men’s retailer LodinG and across from Swarovski, in a run of the mall that also houses popular Toronto-based beauty brand Deciem, Vancouver-based Saje Natural Wellness, and Frank & Oak, which has also just opened a store at First Canadian Place.

Sugarfina has also secured a retail space at Square One in Mississauga, which will most likely be opening after the First Canadian Place unit. Square One’s Sugarfina will be located near the mall’s Victoria’s Secret and Aritzia stores, with details to follow.

Tony Flanz of brokerage Think Retail represented Sugarfina in its deal with First Canadian Place landlord Brookfield Properties, which uses consultancy Beauleigh for its real estate strategy and negotiations. He also represented Sugarfina in the lease deal with Square One’s landlord Oxford Properties. Mr. Flanz is working with Sugarfina on its Canadian store expansion and according to Think Retail’s website, Sugarfina is seeking retail space in major malls, ideally in the 600 square foot to 1,000 square foot range.

Sugarfina confirms that the company intends on operating standalone stores in Vancouver as well as in the Toronto market, with as many as 10 locations in Canada in the coming years.

Prior to opening its Vancouver units, Sugarfina had only been available in a handful of Canadian retailers, including five shop-in-stores inside of Canada’s Nordstrom locations in Vancouver, Calgary, Ottawa, and Toronto (CF Toronto Eaton Centre and Yorkdale). The first Sugarfina shop-in-store opened at Nordstrom’s CF Pacific Centre flagship in Vancouver in September of 2015.

Small containers of Sugarfina candies are priced starting at under $10, with mix-and-match options including a ‘design your own bento box’ where several smaller candy-filled cubes (between three and eight cubes per ‘bento box’) are assembled into gift packages. In the summer of 2016, Sugarfina introduced Rosé rose-shaped gummy bears, which were so popular they sold out within two hours while traffic caused the company’s website to crash. The wait list grew to more than 18,000 people. 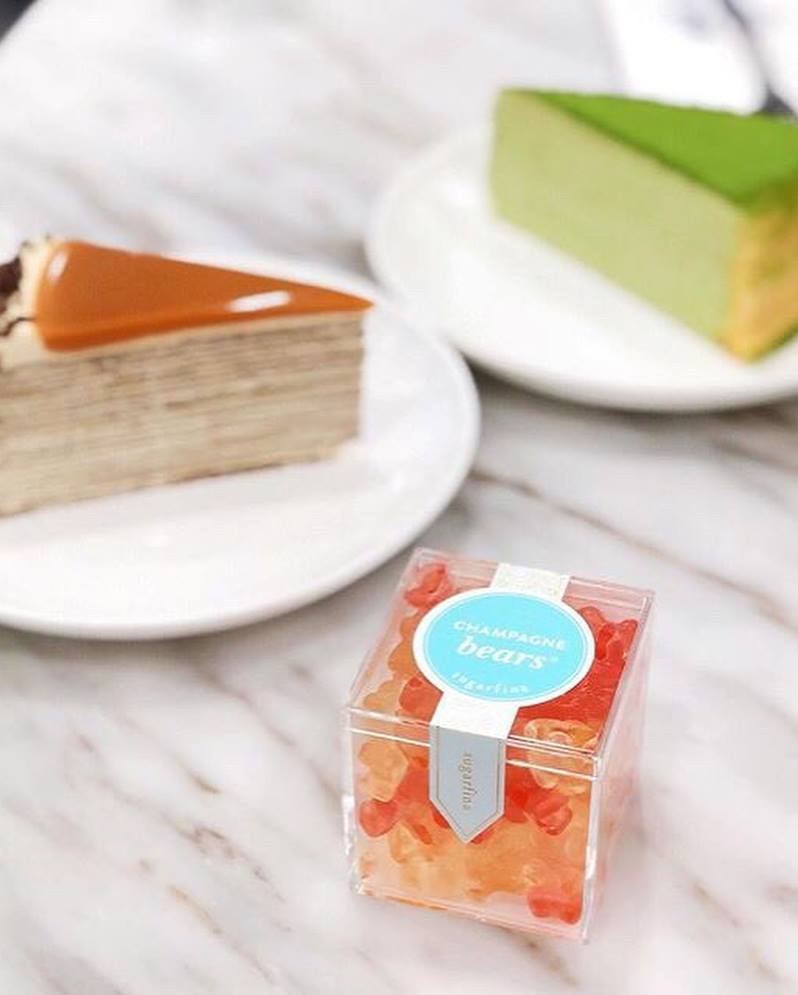 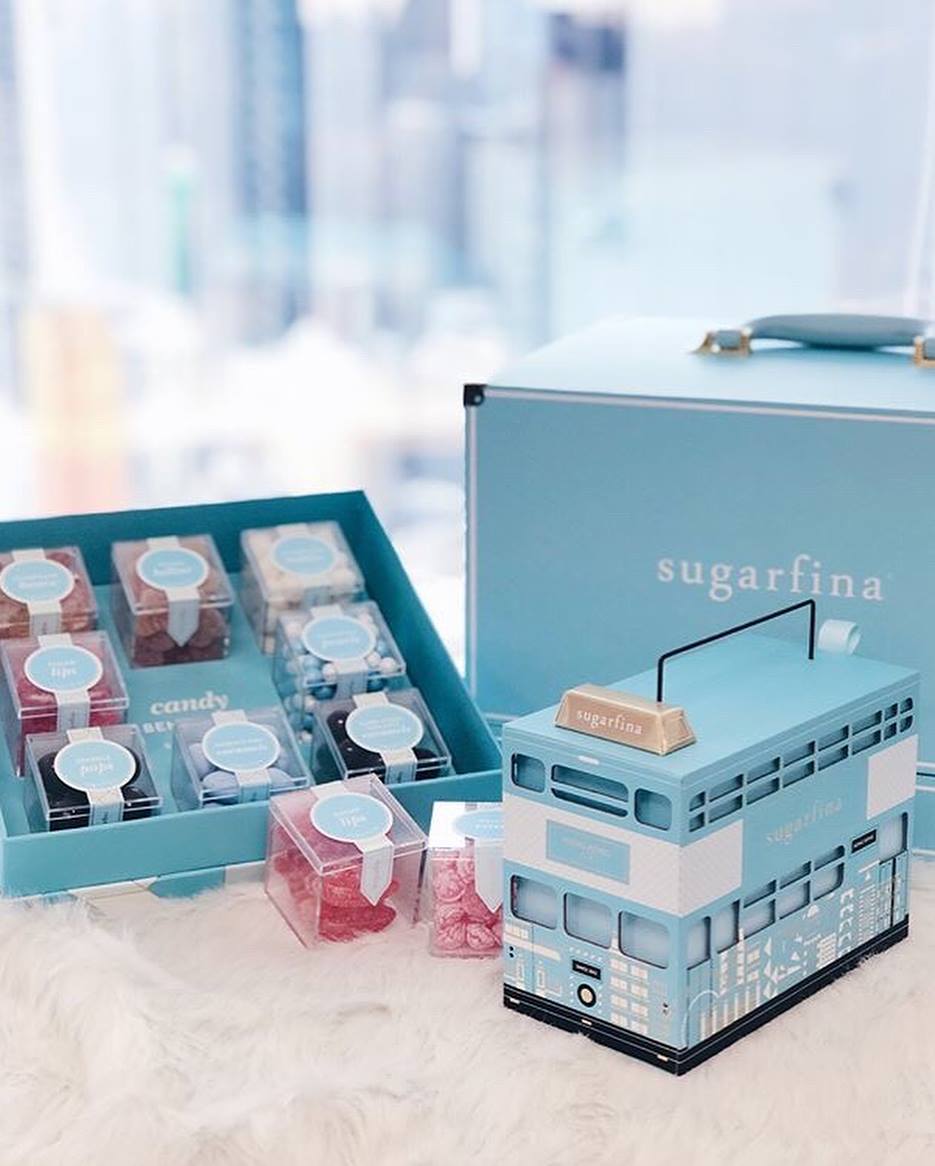 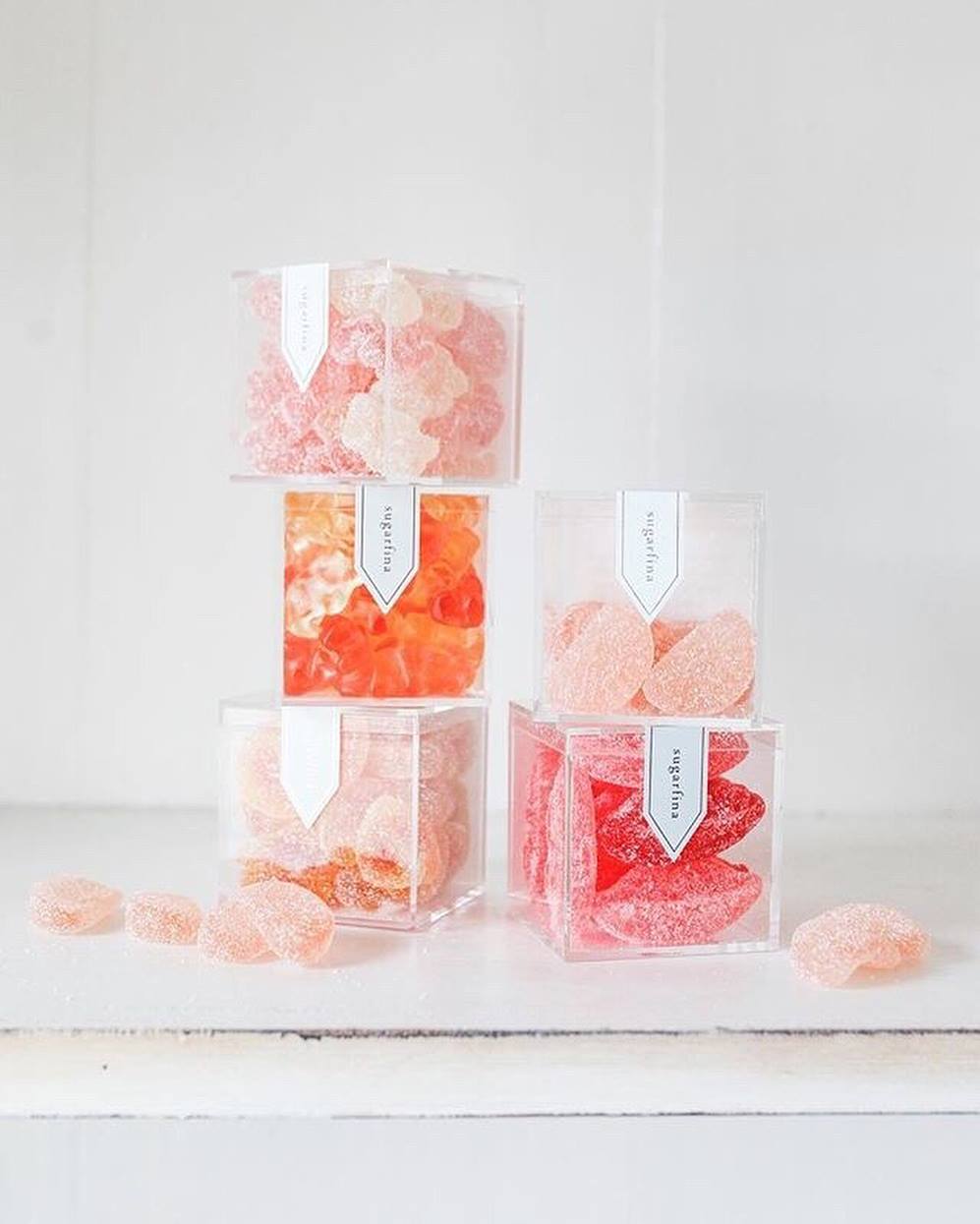 Sugarfina was founded by husband-wife couple Josh Resnick and Rosie O’Neill, who came up with the concept after watching the original Willy Wonka and the Chocolate Factory movie together on their third date. Recognizing a niche for grownup candy retail, the couple traveled the world and met with candy makers, eventually opening an online candy shop in August of 2012.

In November of 2013, Sugarfina’s first boutique opened on Santa Monica Boulevard in Beverly Hills. The 1,400 square foot store was referred to as “the Tiffany & Co.” of candy” by online culinary publication Eater, referencing both the white-and-blue colour scheme as well as the store’s high-end offerings.

The Sugarfina concept has grown rapidly, with more than 30 boutiques in the United States, several of which are located in Nordstrom stores.