Beauty Concept ‘B.Beautiful’ Opens 1st Location in Toronto: The eyebrows of Eglinton West have never been more “on fleek” now that B.Beautiful is in the neighbourhood! Owner and brow expert, Brittni Alexandra, brings her expertise and L.A. style back to Toronto at 402 Eglinton Avenue West, offering a place for Toronto beauty-lovers to experience that west-coast style made popular by top Instagram influencers.

Brittni Alexandra holds 13 different certifications in areas such as: microblading, waxing, threading, lash lifts and extensions, skincare, and brow corrections. Alexandra has trained with brow experts like Nicoleta Palmer of the famed, Anastasia Beverly Hills. If you’re looking for brow design, beauty treatments, makeup applications and everything in between, B.Beautiful has you covered.

The state-of-the-art beauty studio was designed by Toronto-based, Montana Labelle Designs, and features a modern yet edgy vibe. In addition to services including makeup applications, beauty treatments, and brow design, B.Beautiful carries an exclusive collection of beauty products, clothing and jewellery that clients won’t be able to find anywhere else in Canada! Some of the lines clients can find exclusively at B.Beautiful include: Karak (a fine jewellery brand from Mykonos), Kelley Baker Brows (a L.A.-based cosmetics range), and Lauren Moshi (a popular streetwear line, also from L.A.) 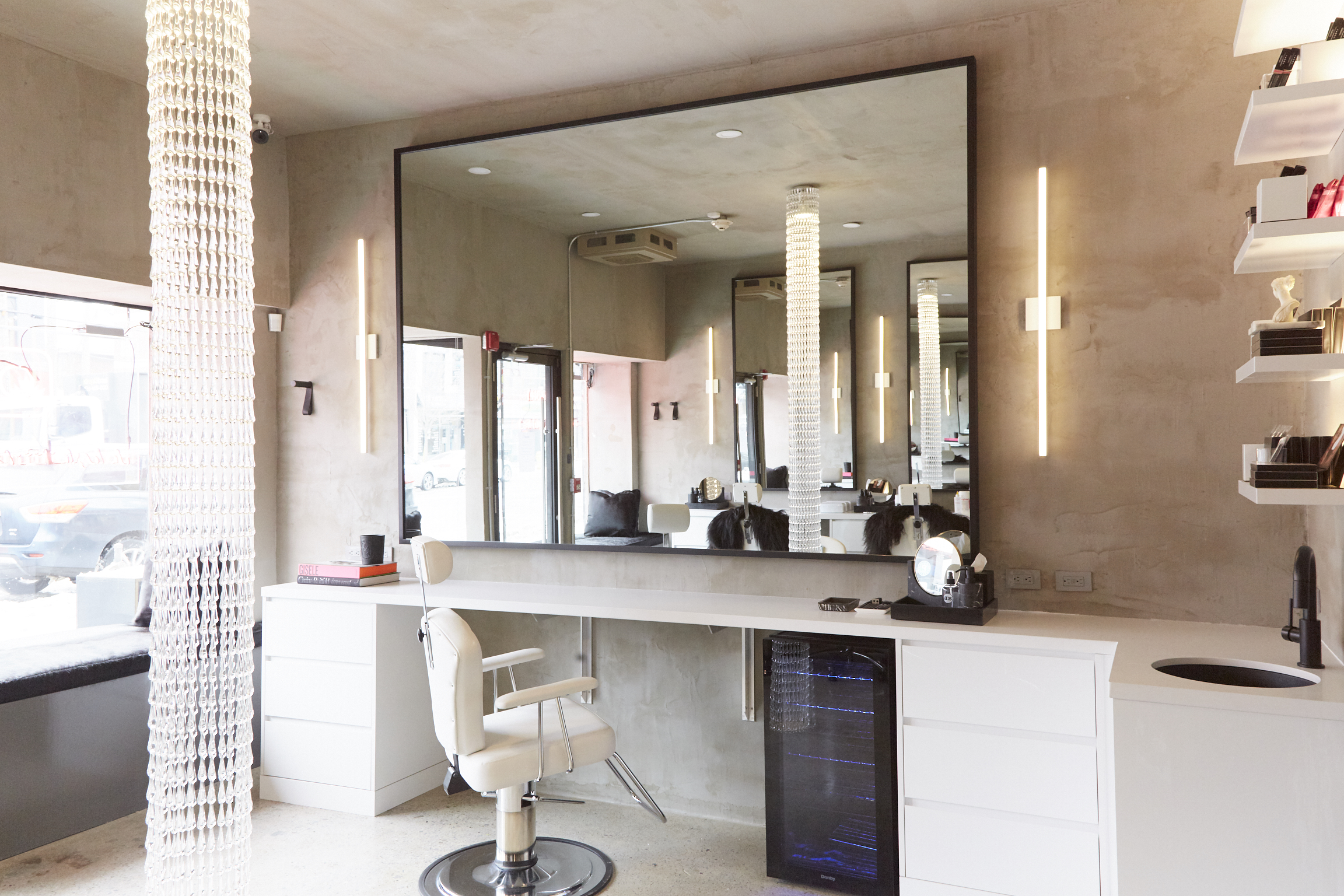 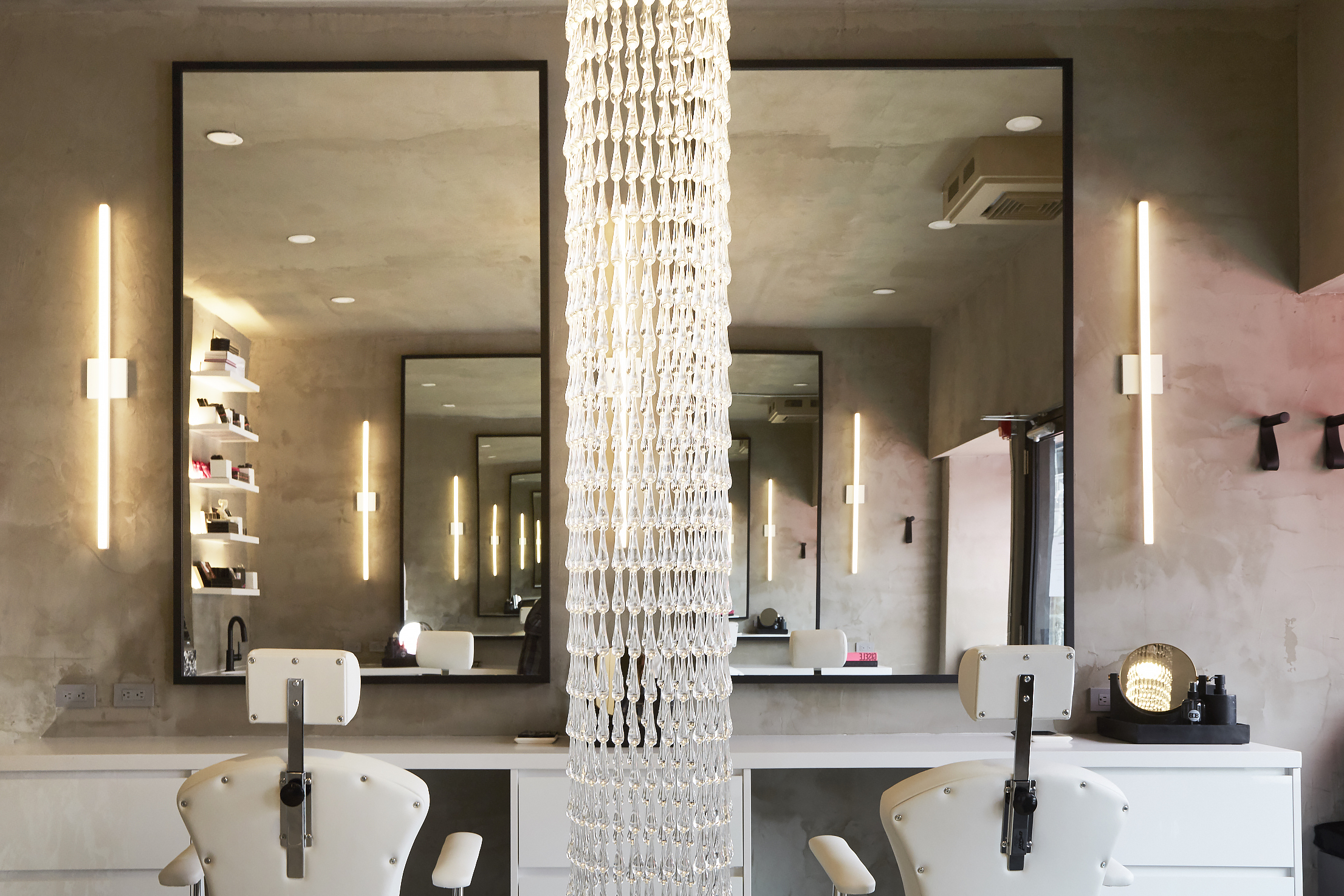 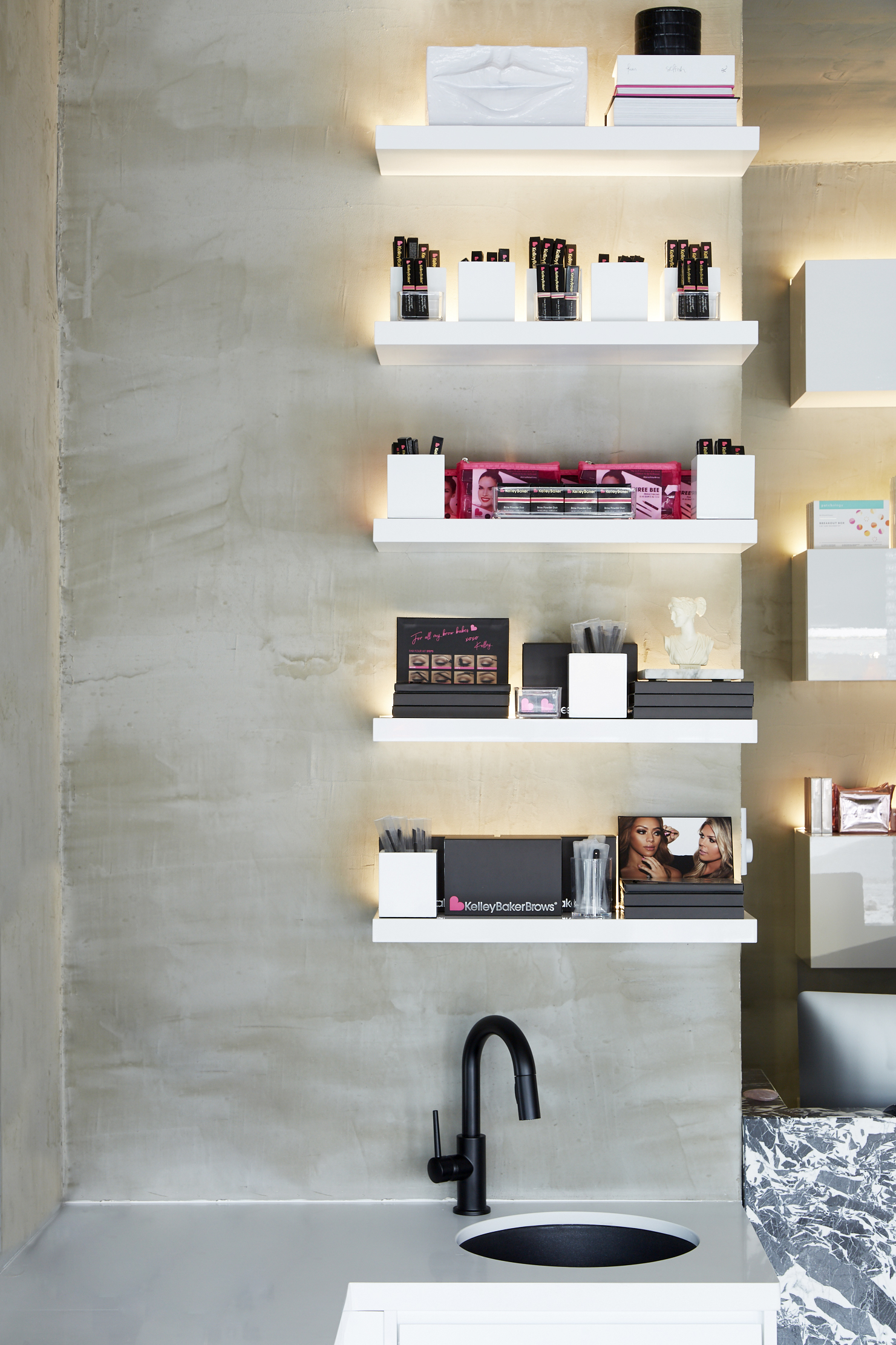 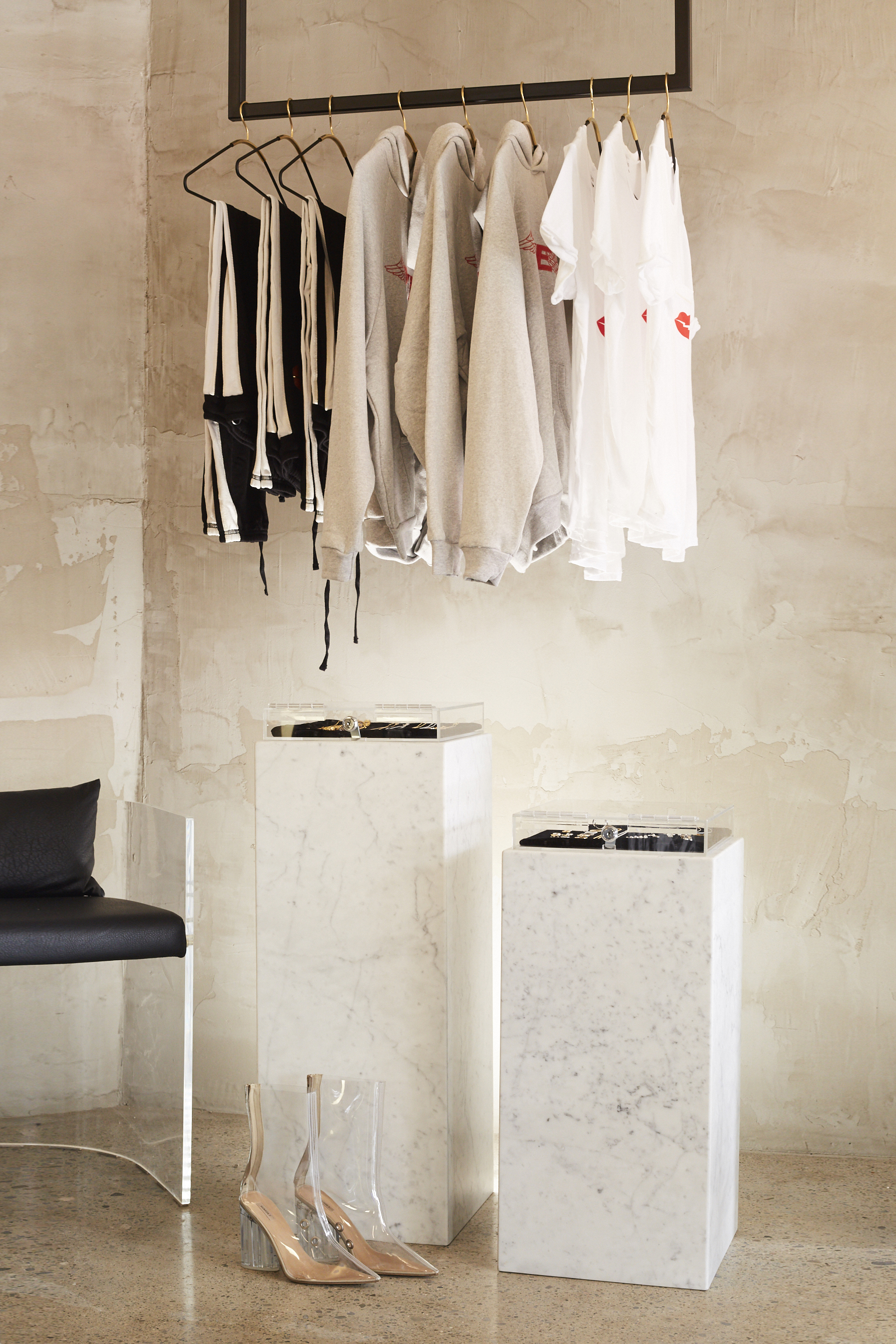 Walmart Innovates to Draw Foot Traffic with Planet Fitness Partnership: A large Walmart store in Vaughan/Woodbridge, just north of Toronto, continues to offer their customers a range of services with the addition of a Planet Fitness inside its store. This particular Walmart was designed with a focus on health and wellness and gives customers access to fresh groceries, a pharmacy, a newly-opened Jack Nathan Health Clinic and now Planet Fitness. The Planet Fitness opened its doors on Friday March 8th, 2019, and is further driving foot traffic to the already busy Walmart location.

The fitness club was founded 25 years ago and has strived to foster a Judgement Free Zone for first-time gym-goers and deliver it at an incredible value. “We chose Woodbridge because we feel it is important that local residents have access to an affordable club that’s inclusive and open and staffed 24/7. We’re thrilled to extend our Judgement Free Zone to the fast-growing community of Vaughan, and the wellness-first mantra of the Woodbridge Walmart aligns nicely with our mission,” said franchisee Tim Kelleher.

Retail Insider continues to observe the trend of retailers incorporating unique services and amenities to their lineup; it is possible that we will see more “themed” Walmart locations as they continue to evolve their retail concept.

Warby Parker Opens 1st Store in Western Canada As Part of National Expansion: Inventive value-priced prescription eyewear brand, Warby Parker, has officially opened its doors at 2290 West 4th Avenue in the Kitsilano neighbourhood of Vancouver. This opening marks the first western Canada door for the New York City-based optical retailer, who fell in love with the feel of the trendy neighbourhood.

“From the legendary natural beauty of the city to its trailblazing history and diversity, there is so much that drew us westward within Canada,” expresses Neil Blumenthal, co-founder and co-CEO of Warby Parker.

The exterior is eye-catching with its signature bright Warby-Parker-blue façade – sure to grab the attention of residents and visitors in the area. Inside, the unit is roughly 1,800 square feet with a distinct, library-inspired look and feel featuring custom walnut shelving to display their full assortment of eyeglasses and sunglasses.

One will find unique touches, specific to Vancouver all throughout the shop. Behind the marble Reference Desk is an original mural by Vancouver-based artist and illustrator, Sebastian Curi. The grand mural is the newest in a collection of murals featured in Warby Parker’s stores that are designed in partnership with a local artist. The Kitsilano store brings the eyewear retailer’s Canadian store count up to three. 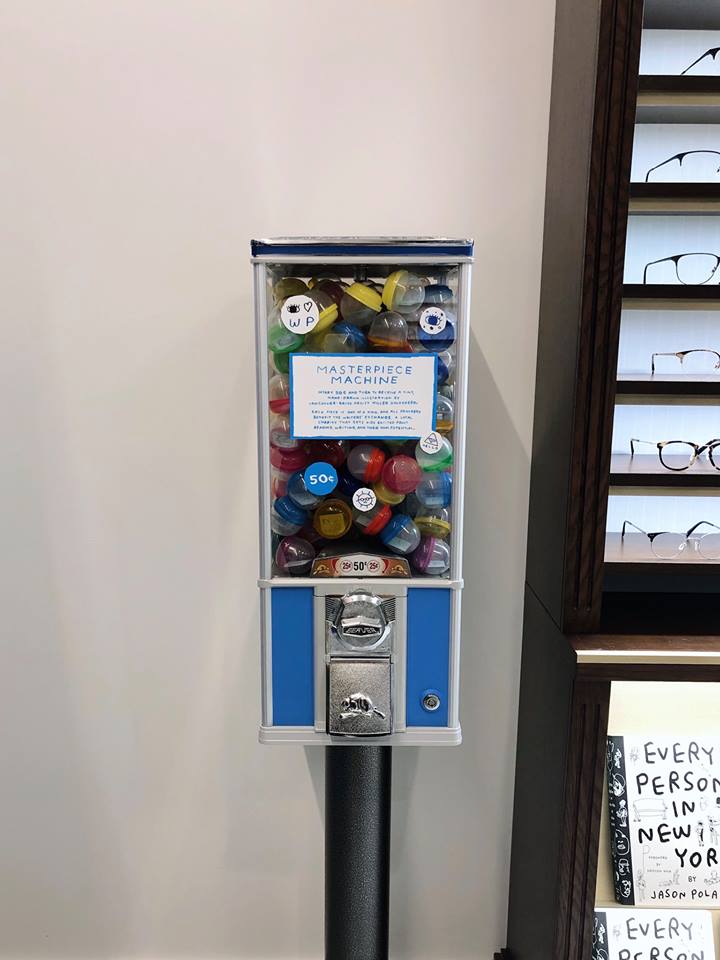 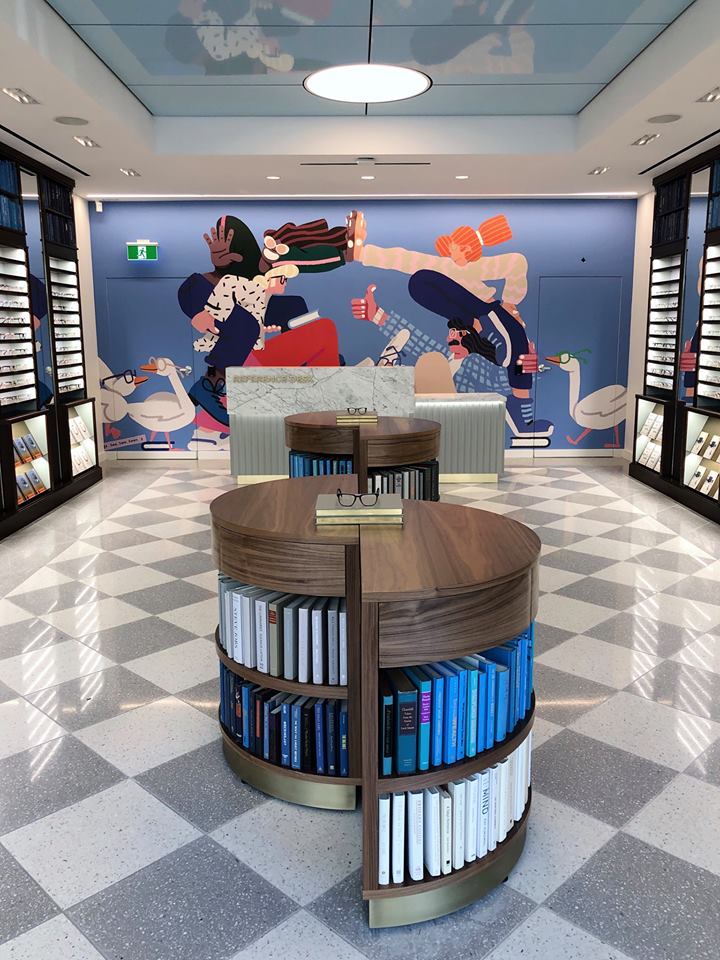 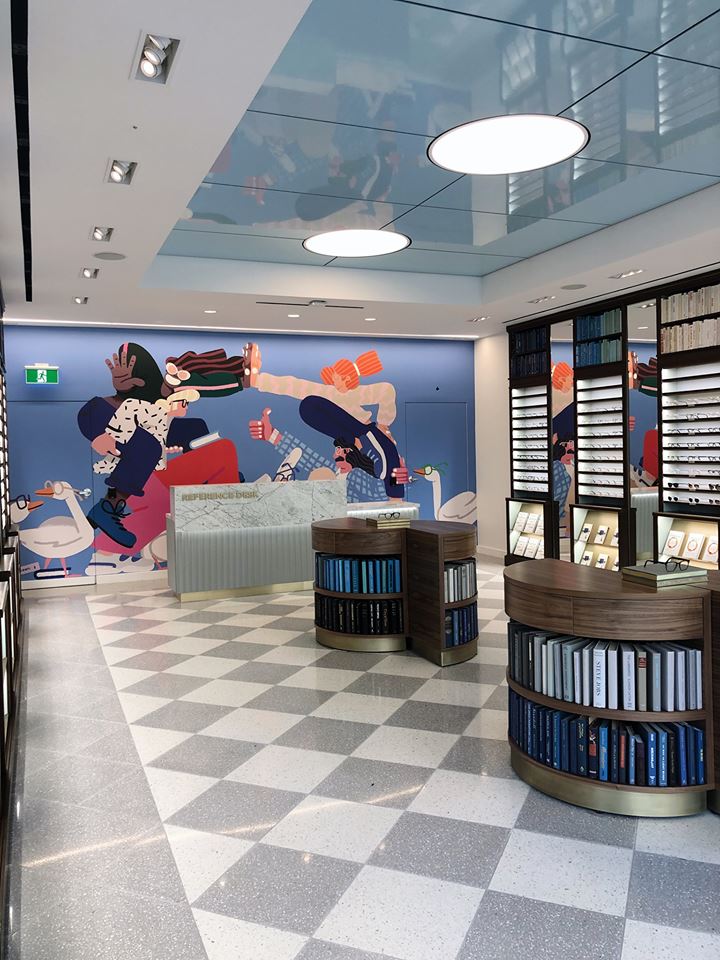 Spanning nearly 2000 square feet, RUDSAK’s newest location is located in the Luxury Plaza of Hudson Yards. The space is nature-inspired yet modern and was designed by KCG Architects. Elements such as wood and marble connect the dots from RUDSAK’s luxurious outerwear to the environment in which they are designed to be worn. The centrepiece of the store is a rotating structure that will feature the season’s latest and greatest styles.

“New York City was a natural choice as the location for the first international RUDSAK store because the city’s ethos is the nearest and dearest to ours. New Yorkers have a get-out-there and get-things-done vibe that is paralleled by the style in which they do it,” said Evik Asatoorian, Founder of RUDSAK. “Our outerwear and clothes help you get out there and get it done in style.”

We look forward to reporting on RUDSAK’s continued international expansion.

Edo Japan Opens 1st Eastern Canada Location in Mississauga: Get your chopsticks ready because Edo Japan is now open at Heartland Town Centre in Mississauga, just west of Toronto. This location marks Edo Japan’s first standalone restaurant kicking off its expansion in Ontario. The QSR has established itself in: Alberta, British Columbia, Saskatchewan, and Manitoba and plans to bring its vast franchise potential to Eastern Canada.

Established in Calgary, Alberta in 1979, Edo Japan has been serving up Japanese-inspired dishes in the west for 40 years. Popular dishes include classics like Chicken Teriyaki, Sukiyaki Beef, and the millennial-inspired Noodlefull Bowl. The company currently oversees the operations of 135 locations.

The Mississauga location is operated by Canadian entrepreneurial duo: Azaan Visram and Hussain Shivji. Visram and Shivji have been fans of the brand since childhood, and are thrilled to expand the brand eastward. “Growing up, Edo Japan was a staple for me,” says Azaan Visram, franchisee, Edo Japan. “Naturally, it made sense to transform my personal liking for the brand into a business capacity. As someone who knows the brand well, I believe Edo Japan is a perfect fit for the Ontario market and I am looking forward to the opportunity ahead.”

Their new store will feature the brand’s newest retail concept, the Edo Japan Fresh Take, which allows families and busy working professionals alike the opportunity to enjoy authentic and healthy Japanese-inspired dishes. “We are excited to be the ones to introduce Edo Japan to Mississauga,” says Hussain Shivji, franchisee, Edo Japan. “I’ve always been a big fan of Edo Japan and I believe that once Ontarians get a taste of the delicious, fresh and healthy food, they’ll love it too.”

Founded by Ran Goel, a former Wall Street lawyer, Fresh City delivers farm fresh, local, organic produce bags and meals along with hundreds of grocery items. Delivery is across Toronto, including Mississauga and GTA. There are also a network of pickup locations and, soon three storefronts. Mr. Goel anticipates opening at least 10 storefronts in central Toronto over the next couple of years, spanning about 2,000 square feet each.

Retail expert and consultant, Julia Marchionda, is a graduate from both the University of Toronto and Humber College. She spent most of her educational career honing her skills in critical thinking, marketing communications, and finding her unique voice in her writing.

With tenures in several areas of retail under her belt, Julia has lead teams in achieving sales goals and allowed herself to become consumed in understanding retail business. 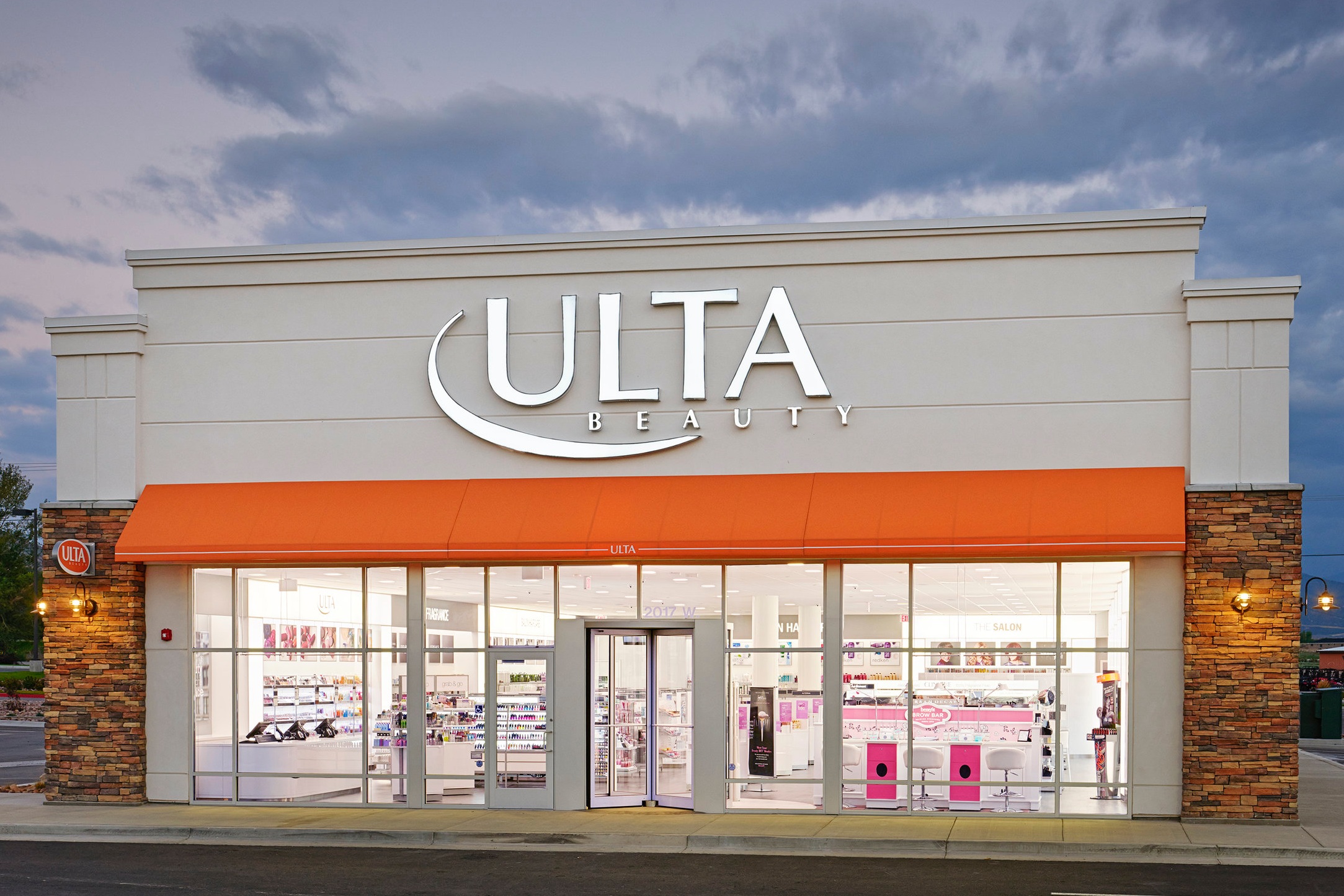 As the US beauty superstore prepares to enter the Canadian market, where will Ulta find room in a market that is dominated by a handful of retailers? 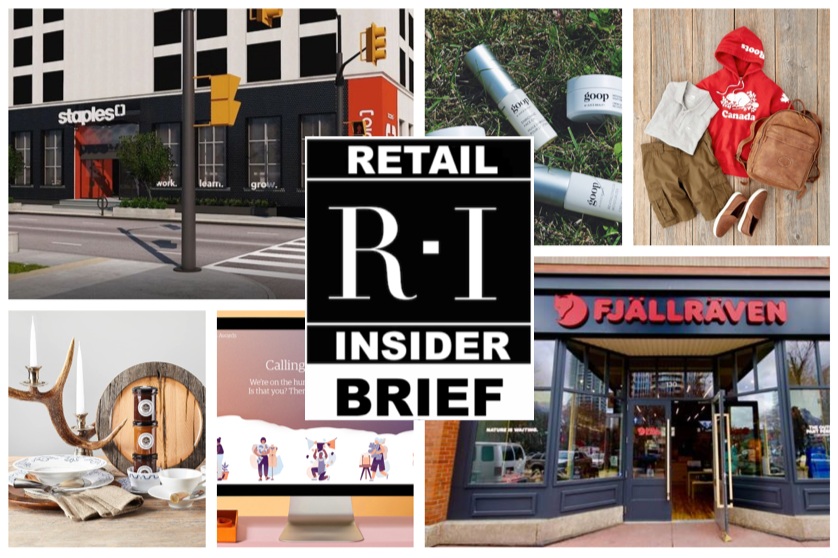 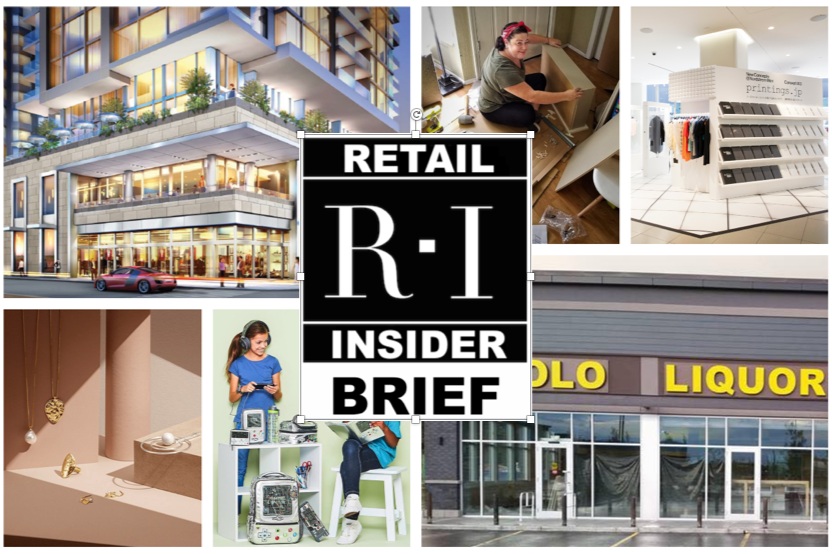 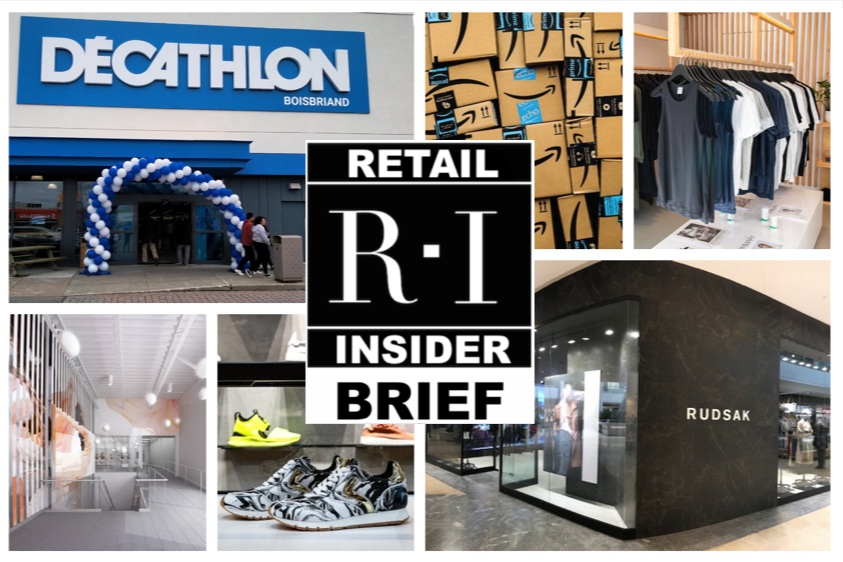 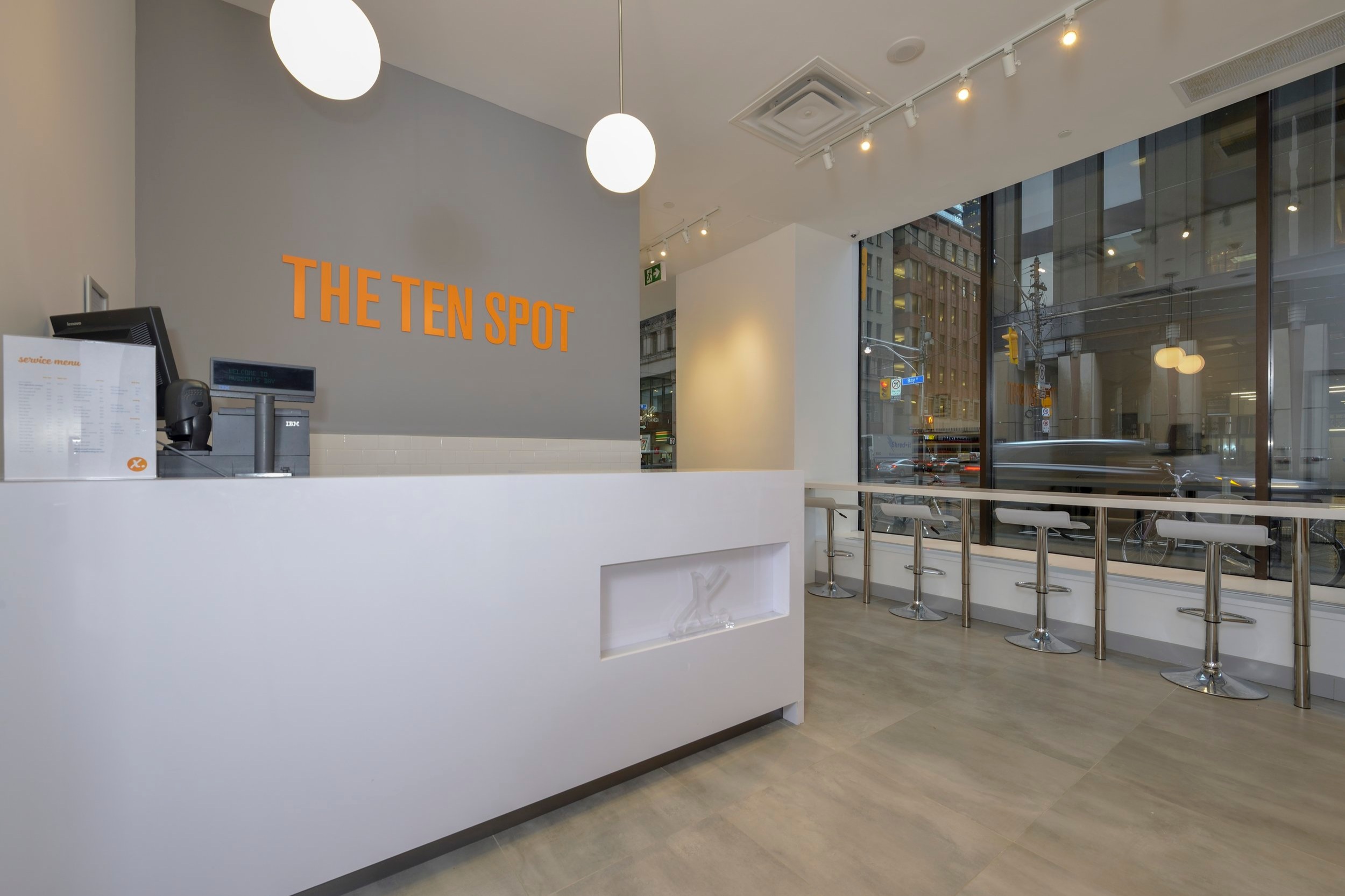 North America’s largest multi-service beauty bar concept has plans for rapid growth with its franchise model, which is also expanding into new product categories and experiences. 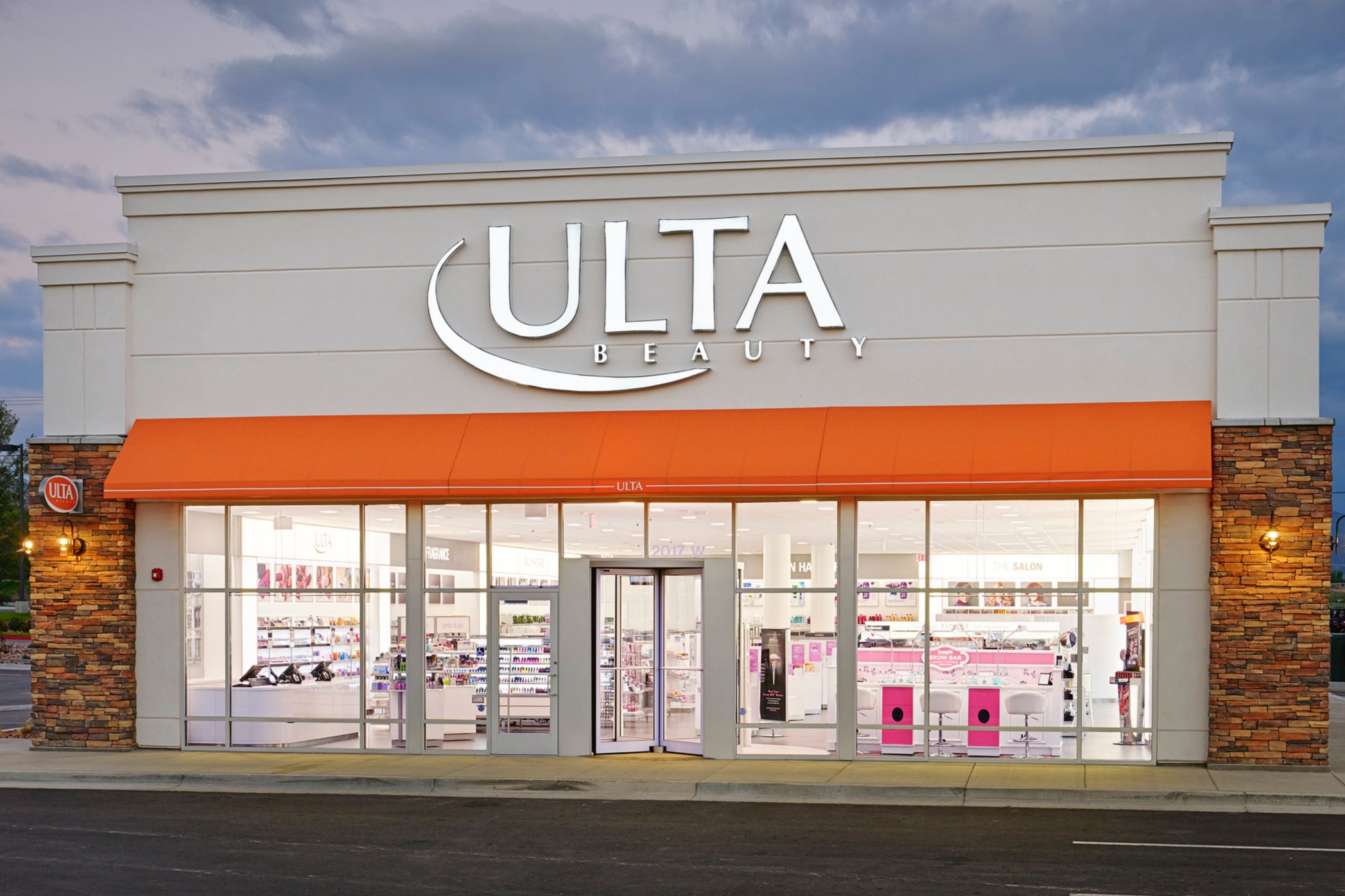